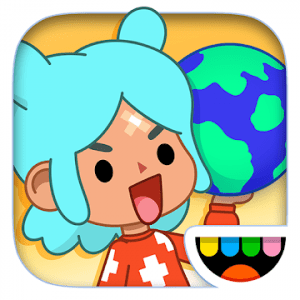 The game is designed for children ages four and up and can be played on smartphones, tablets, and computers. The game is free to download and play, but there are in-app purchases that can be made.

Toca Life World is a sandbox game that gives players a lot of freedom to create and play as they see fit. There are eight different locations to explore, and each one is filled with interactive objects and characters. Players can move their characters worldwide and pick up and use objects to perform actions. The game does not have a specific goal or objectives, so players are free to experiment and play as they wish.

The graphics in Toca Life World are colorful and child-friendly. The characters and objects are all well-rendered, and the game world is large and detailed. The game is designed for children, and the graphics reflect that. The game is not realistic, but the graphics are still pleasing to look at. The game runs smoothly, and there are no major technical issues.

The controls in Toca Life World are simple and easy to use. Players can move their characters around with the touch of a finger and tap on objects to interact with them. The game does not require any complex button presses or joystick maneuvering, making it very accessible for young children.

Toca Life World is a game that can be played over and over again. There is no set goal or objectives, so players can explore and experiment at their own pace. The game also features a variety of unlockables, including new locations, characters, and objects, which give players incentive to keep playing.

Toca Life World is a game that can be played repeatedly. There is no “win” or “lose” in the game, so players can keep returning to it. The player can create different characters and explore different areas. The game does not get old or repetitive. The game is also constantly updated with new content, so there is always something new to do.

Toca Life World is a fun and open-ended sandbox game that is perfect for young children. The game features eight different locations to explore, and is filled with interactive characters and objects. The controls are simple and easy to use, and the game runs smoothly. There is a lot of replay value, as players can unlock new content as they play.