Would you like to drive a truck? Or hustle a whole pile of cash as a taxi driver? Maybe being a theme park tycoon or managing a mining company has been a long dream of yours? If so, our list of Top 10 simulation games for Android is exactly what you need. Grab your phone, sit back and enjoy! 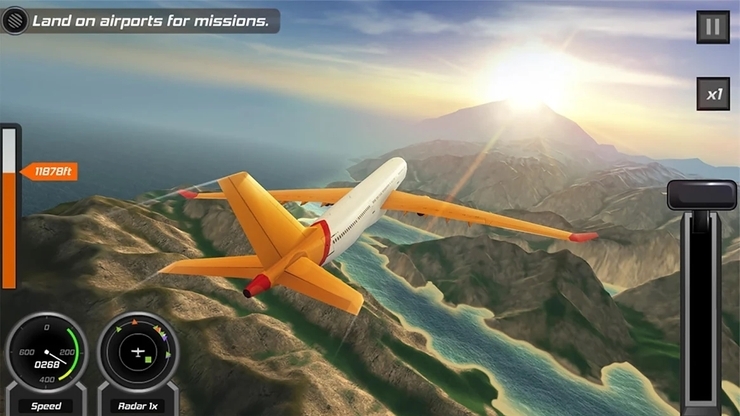 Higher than clouds. And faster than sound. This sim is a pure treasure for all fans of the genre. Especially if you want to try piloting a bird of steel on your smartphone or tablet. It has solid visuals and physics that can equally compete with GTA: SA’s aerial simulator part.

In this game, you get to complete various missions and beat challenges. How about perfecting your landing and taking off? Or practicing daredevil aerial stunts? And don’t forget the emergency missions, pilot! You will be tasked with saving lives, using your superior piloting skills.

The game has a big map available for a free flight mode. It’s a perfect regime to get some extra training. And learn a few dangerous maneuvers. Mount one of the aircraft — a passenger plane, a jet fighter — and make the air melt with the engine turbines! 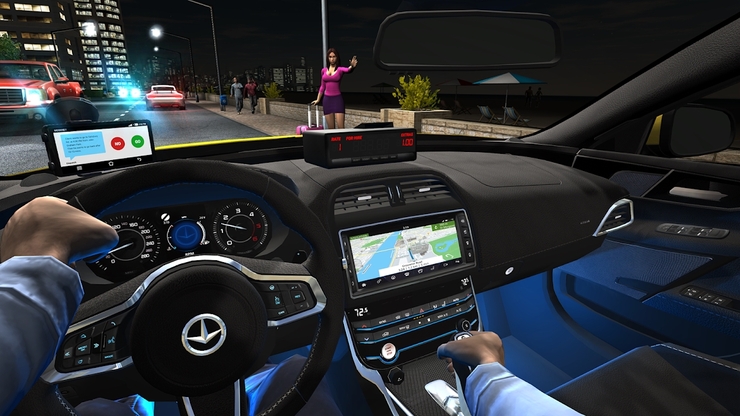 The idea is familiar: give a ride and get paid. However, it’s not as easy as it sounds. Just like in real life, you should avoid road accidents, crashes, and traffic jams. Because you can't risk your client’s well-being. Your tips and, therefore, success depend on it!

The gameplay details will provide fuller immersion. Use the GPS system to choose the best route. Answer the dispatch asap to be the first to pick up the fare. And don’t forget a large city area designed as a 3D megalopolis. You will have to memorize its streets and lanes if you want to beat your rivals. The game has leaderboards, via which players compete. 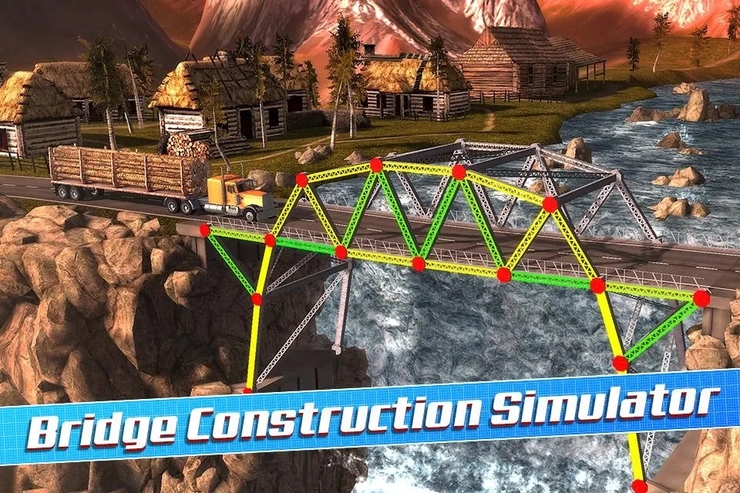 This game requires you to be a true engineer. Use your brain to the fullest. Do all calculations with precision. Make the best architectural choices. Because if you don’t — a disaster will happen.

In the game, you’re the only bridge-engineering wizard around. And it’s only your mastery that can help timber trucks, school buses and ambulance cars to make it to the other side. The game requires as much focus and concentration as mine-clearing. If you misplace a certain detail of the bridge — a vehicle and its passengers will face a tragic end. As you can see, a lot depends on you in this sim.

Additionally, Bridge Constructor has impressive physics. Trucks and cars perfectly imitate real-life vehicles when put in motion. And a bridge collapse animation is dramatic: it crumbles like a house of cards. Even though it’s a fiasco, it’s still spectacular.

Be careful, thoughtful and creative in Bridge Constructor Simulator. 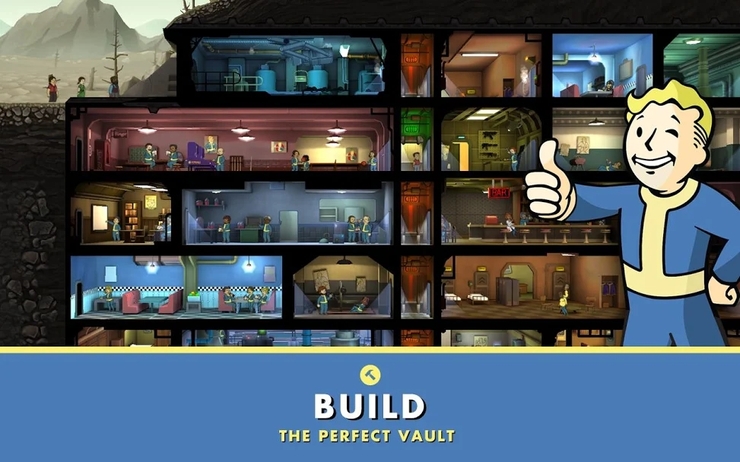 A Fallout series spin-off, this game is a captivating survival strategy. Your goal is to manage a shelter that harbors survivors of a post-nuclear world. And it’s pretty tough. Especially in the beginning.

You will have a permanent shortage of energy, caps, food, water and weapons. You will have to allocate your manpower wisely. You will have meltdowns and fires. Your shelter will be regularly attacked by radroaches, raiders, and death claws. But the tougher the challenge — the bigger the payoff!

Apart from surviving, your brave Vault Boys and Girls can also explore the Wasteland or complete a side mission. Eliminate raider gangs, investigate mysteries and chat with talkative ghouls. Every successful mission will reward you with some tasty bounty: blueprints, Nuka Cola, rare weapons, and so on.

Another reward you will get is witty dialogues and Fallout characters who will come to join your shelter. Bittercup, Confessor Cromwell, Three Dog Night, and others will make a cameo. 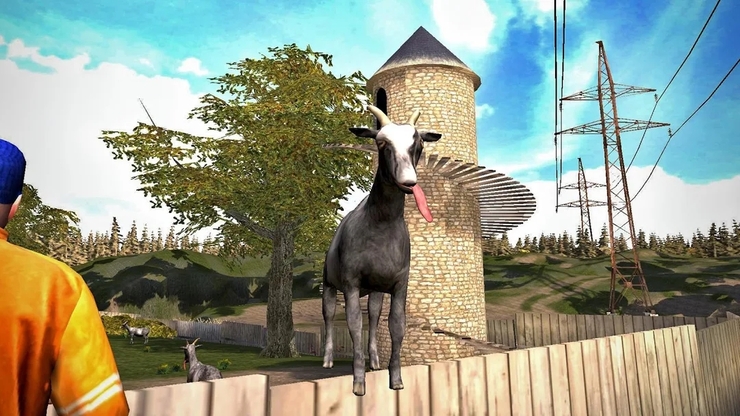 A peculiar beast, this game offers a truly harsh challenge. Which is becoming an alpha goat. Once you transform into this hallow-horned rascal, you will be tasked to bring as much chaos as only you can.

Wreck everything you see: tables, chairs, fences, tractors and bulldozers. Spread panic and terror amidst good farmers as you ravage the area with your psychotic antics. But don’t forget: you’re not invincible.

Your saga of destruction can abruptly end under a car’s wheels. At least, you can make it explode, as your farewell present to this idyllic countryside. The driver of a detonating vehicle will happily accompany you in your shock wave flight.

Goat Simulator is a refreshing piece of wild fun! 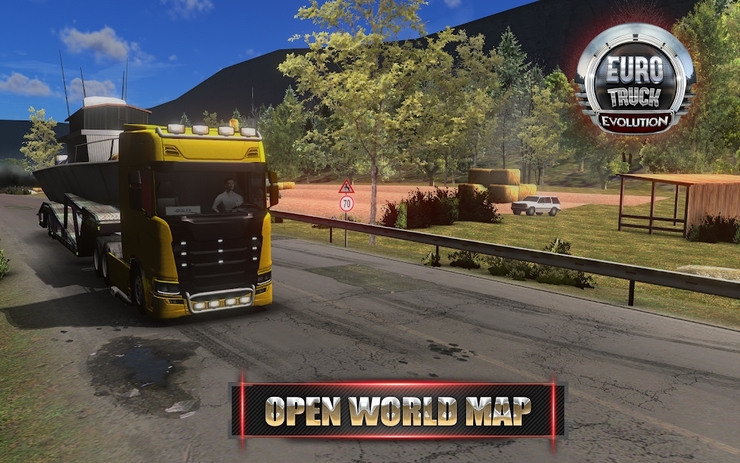 Solid physics, thoughtful gameplay, and realistic locations. This is what Euro Truck Evolution is all about. You get to drive 12 vehicles that belong to the real truck brands. Well-detailed physics and driving mechanics will accompany you on your travel through 20 European capitals: from Berlin to Rome. For extra comfort, you can connect a gamepad.

Stick to the schedule to clear a mission. Get your way out of an AI-powered traffic. Travel all over Europe. Customize your freighter. And keep trucking until you get your nickname in the Top 10 on the leaderboard.

Euro Truck Evolution will make you a virtuoso at handling a heavy cargo and a heavy truck. 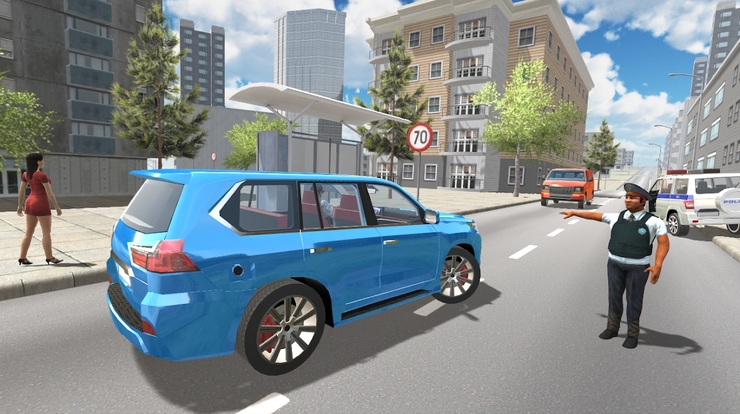 If you enjoy driving a 4×4 SUV with a roaring engine — this game is definitely for you. Master the tough art of cornering. Ride and switch from one camera angle to another. Learn how to tame challenging physics of the game. If you don’t — dents and bumps will be scattered all over your fancy, shiny ride.

The sim has different modes. Drive in the city, avoiding accidents and traffic police. Work on your extreme driving skills or enjoy free-riding in the Desert mode. As for Port and Airport arenas, they are good for perfecting finesse maneuvering.

Off Road LX Simulator is a great game for big fans of big vehicles.

8. Brazilian Ship Games Simulator — All Aboard 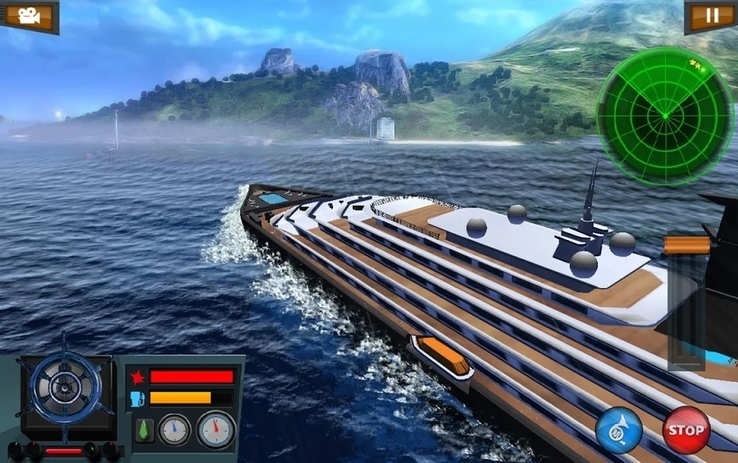 Have you ever wondered what it’s like to pilot a massive boat? Do you think you’d do a better job than the Titanic’s entire crew? Then this sim is a chance for your sea wolf talents to shine.

You are the captain of a gargantuan boat. No matter if it’s a cruise ship or a cargo vessel — it’s your responsibility. So make sure to steer it masterfully. Avoid big waves, tsunamis and other vessels. Learn how to navigate in the mist. Do whatever it takes to complete the voyage on time without getting any critical damage.

Your ocean adventure will send you to every corner of the world. Get to see Thailand’s Buddha statues or sail the emerald waters of the Maldives. Every location is instantly recognizable and eye-pleasing.

But what’s especially enjoyable about BSGS, is its intricate ship controls. Switch to the cabin view and see for yourself: the blinking radar, speed regulators, rudders, and other whistles and bells. And a cherry on top — the deep and loud boat horn!

Brazilian Ship Games Simulator will let you brave the ocean. 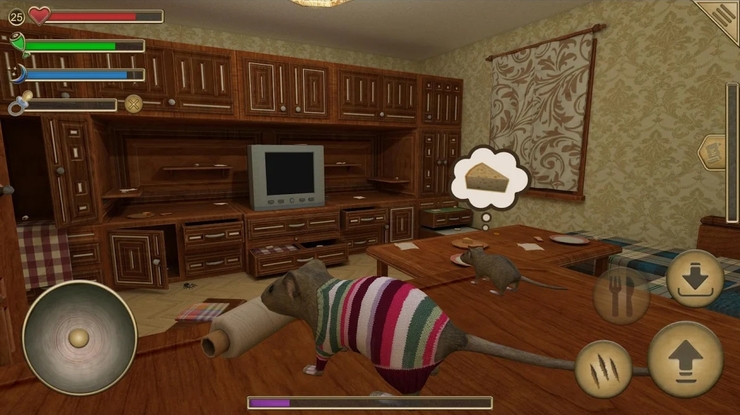 Another animal sim, Mouse Simulator, requires a subtle approach. You can’t raise much of a havoc in this game because your priority is to be a mouse: sneaky, quick and noiseless. To succeed in this game, you must be a true stealth champion. You should be a perfect food hunter. And a strategy talent could be of some help too. Why is that?

As a little mousey, you have a lot of natural enemies. Dogs will sniff around, looking for any trace of yours. Restless cats will prey upon your nutritious flesh. Giant insects, spiders and rats will also claim the ownership of your habitat.

On top of that, you will have a family to feed and protect. One of your priorities will be to establish a whole mouse dynasty. That means even more problems and hustle are coming your way. But hey, at least you’ll get to wear cute little sweaters.

Mouse Simulator will teach you how to steal cheese and run away from nasty kitties. 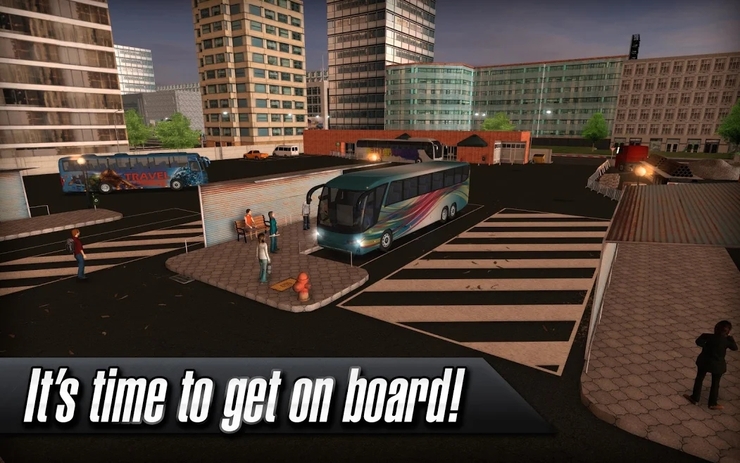 This sim guarantees an authentic bus-driving experience. That means your typical objectives will include:

Sounds like a lot of work. But in return, you will get to pilot a bus that impressively mimics weight, controls and maneuvering ability of its real-life analogue.

Your passengers aren’t static dummies, by the way. They act like real people, and you need to give them time to enter and exit the vehicle. That means you can’t afford yourself to lose time. So there will be a lot of maneuvers and route calculations.

But there’s more. Succeed at delivering your passengers to the destination on time. This will give you a chance to build a coach bus empire. Hire drivers, customize and expand vehicles. Make your profits increase. And write your company’s name on the side of your bus.

Coach Bus Simulator will show you beauty and troubles of the road life.

By far, these are the biggest 10 simulator titles on Google Play. Don’t hesitate and sail, fly, manage, command and transform into a goat. They are free to download, but in some games, extra levels, vehicles and customization charge a fee.

Which simulator games do you personally prefer? What’s your personal No. 1 sim of all times? Let us know in the comments!