The Hottest Android Apps of 2019

Hands down, the 2010s were revolutionary. Google Play started out humbly — in the beginning, there was a pool of just 50 apps for offer. Now there are almost 3 billion Android applications. If you try each for at least 1 minute, you’ll need 6000 years in total. We prepared a hit parade of the Hottest Apps of 2019 — try them until the decade is over! 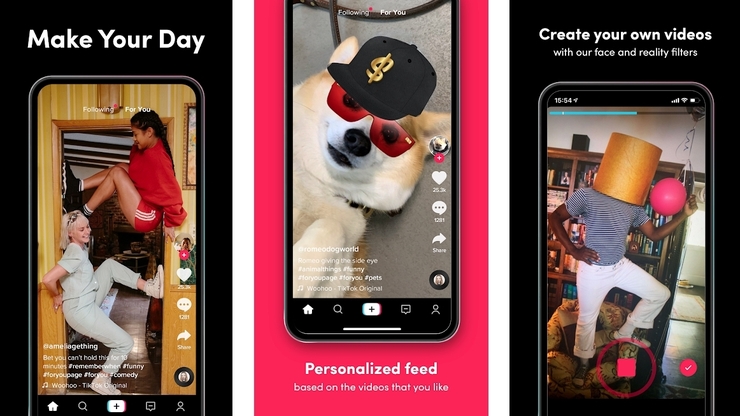 Premiering in 2016, TikTok has lured 1 billion users. It conquered hearts of so many fans with its Vine-like short video format and a gargantuan music catalogue. People make memes, music videos, goofy tutorials and parodies, instantly attracting attention and viewers.

As of now, TikTok has become a true ‘fame machine’ for musicians. Thanks to the platform, songs, famous and obscure, get millions of plays. No Mercy, Old Town Road, Shooting Stars, Mo Bamba, Mia Khalifa, American Boy can prove it.

Besides, TikTok is equipped with an impressive video editor. You can add filters, masks and stickers to your vids. Change speed, use tempo synchronization or reverse the footage to make it more eye-catching.

TikTok will let your talents shine, so don’t be shy. 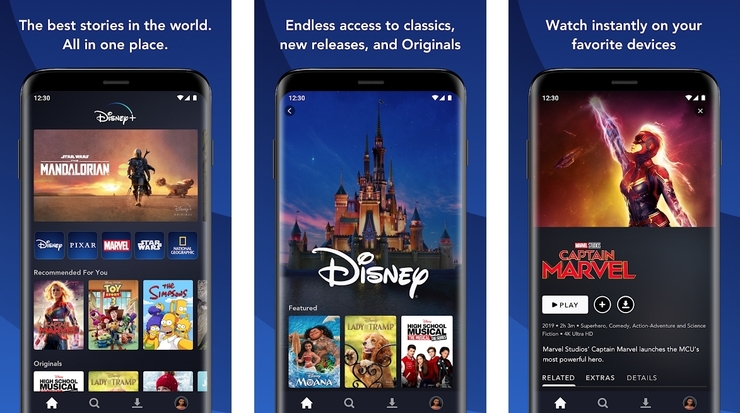 Disney Plus is an app that can overthrow Netflix. Or at least conquer some of its domain: this is a streaming platform with 500 movies and 7,500 show episodes. On the menu, you will see such intriguing titles as:

And admirers of old Disney works will surely appreciate Cinema Relics category. All in all Disney Plus app has a satisfying design, rich show collection and a humble price of $7 monthly.

Get a key to the Disney treasure of flicks, cartoons and shows with Disney Plus. 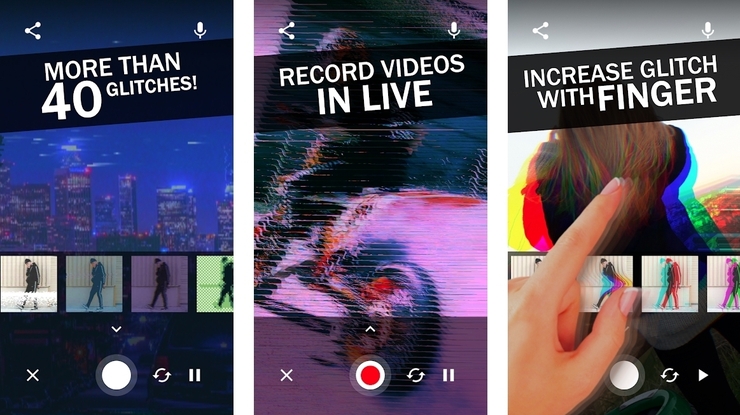 Are you a fan of retro-styled videos? Then you must try this application. Its main gimmick is that you can oldify videos filmed with your phone. Select a VHS effect, and your video will be flavored with a nice early 90s vibe of Nirvana bootleg concerts. Retro, X-ray, Shadow, and Neon will also add some dusty spice to your content.

The videos rendered with GVE can be directly shared via Instagram, YouTube, Snapchat and, of course, TikTok. Just write a scenario, direct a vid, select it from the Gallery and travel to the past with its old-school filters. 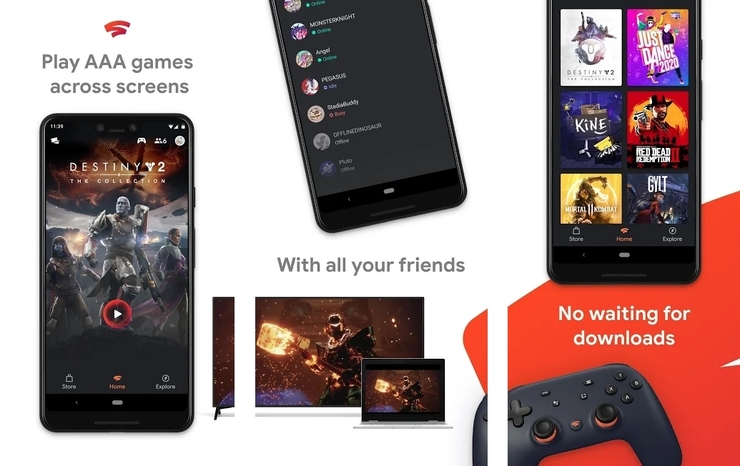 Google Stadia offers a service that all gamers have been waiting for. It streams games in real-time to your Android gadget. So you can play the likes of GTA V, Jedi: Fallen Order, Destiny 2 or Doom Eternal right on your mobile phone.

However, the service earned mixed reviews. Mainly because of its latency issues. Another problem is that there’s no play-all-you-want policy. Instead, you have to make a purchase, paying for every game individually.

However, Google Stadia is appreciated by the gamers who need to be on the go often. It liberates them from bringing console anywhere they go. Plus, it does support the promised 60 FPS.

Play your favorite PC & console games on the go with Google Stadia. 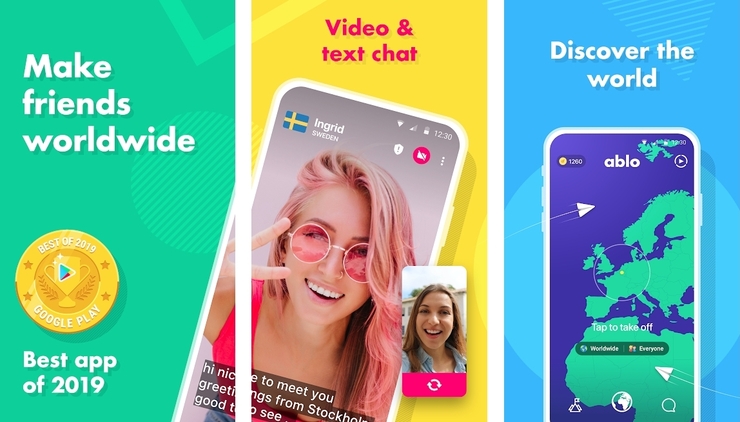 No habla Ingles? No problemo! Ablo is an application that allows you to connect with people from every corner of the world. Its central feature is that it has a clever translator that can interpret your chat messages and even live conversations. That means you don’t have to worry about the language barrier anymore.

If you want to learn about cultures, practice a foreign language or make a friend on a faraway continent — Ablo is your choice. It knows almost every language in existence, including Chinese, Icelandic, Portuguese, Russian, Danish, Ukrainian, and so on.

With 1 million users, Ablo won a Google Play Best App award this year. It destroys interaction barriers, allows you to explore cultures and prevents chats from getting polluted with inappropriate messages.

Speak in 100 tongues with Ablo! 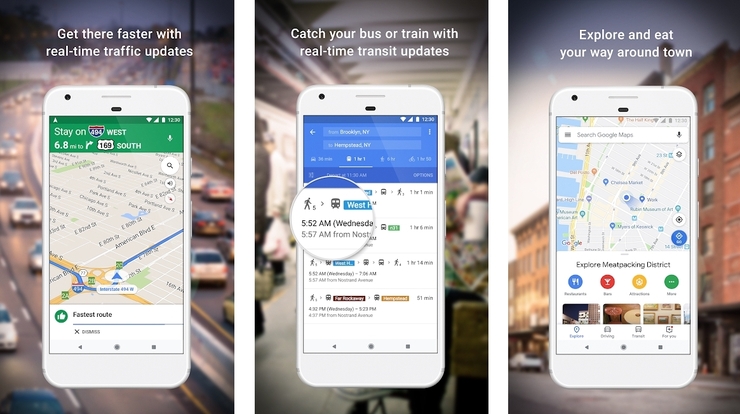 By far, Google Maps is the best cartographic app in the world. With it, you can find any location on every continent. Set a route using the GPS system. Find a nearby gas station, restaurant, hostel or a grocery store. Check their ratings and reviews. Find the top places to visit when abroad and bookmark them.

Yes, Google Maps is a key app if you’re going to another country. But  it’s also useful on the road. Since its recent update, it alerts you about accidents, traffic jams and speed traps. So, if you’re flying 3000 miles away or taking a family trip to a nearby town — Google Maps is a must-have.

Google Maps is better than a compass. 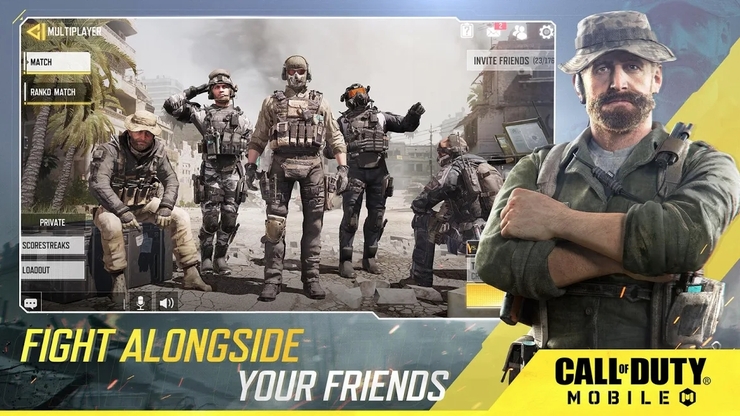 Despite critics’ speculation, CoD Mobile wasn’t a flop. 100 million players downloaded the game in its first week. It’s an online first-person shooter set in Call of Duty universe. Here you get to play in Survival, Deathmatch, Search & Destroy, Sniping Battle and other modes.

But the true gem in the crown here is the Battle Royale mode. Borrowing a famous gimmick form Fortnite and PUBG, the game clashes you with a huge multitude of other players. And the premise is classic: stay alive, kill anyone you see and be the last man standing. The shrinking arena eliminates all chances for campers to win.

Try CoD: Mobile if you want something new in the Battle Royale genre. 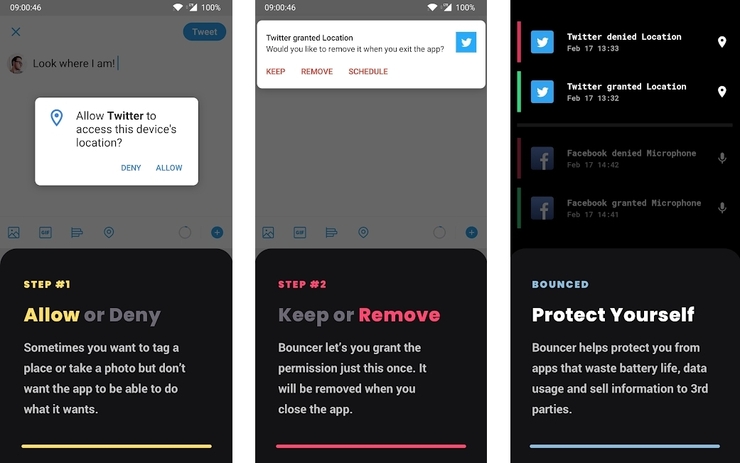 Bouncer is a clever application, which lets you have full control over any app’s features. So, you won’t have to waste your time digging through settings and tweaking them manually. For example, just tell Bouncer for how long an app can use its GPS function. After that amount of time is up, Bouncer will shut the unwanted feature down.

Let Bouncer save your phone’s resources! 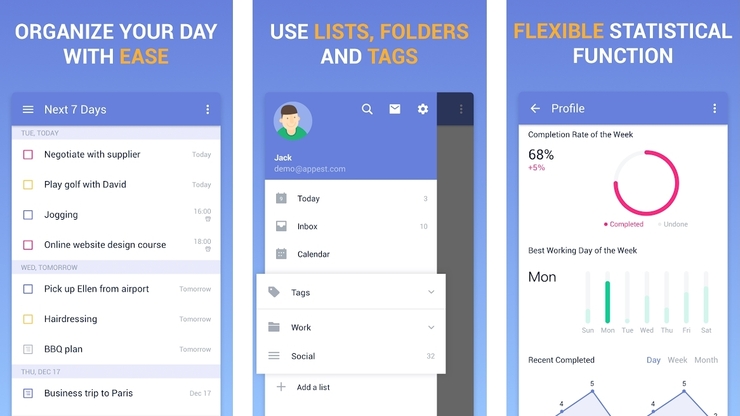 TickTick is a to-do app that will help you organize both work and personal life. With it, you can create recurring tasks, set reminders and alerts, get push notifications or make bucket lists. Besides, there are widgets to use, so you won’t forget about any important event.

The coolest thing about TickTick is that it’s free of charge. And, unlike in similar free apps, you can create group tasks and share them with other people. Planning a family picnic? Need to have an artistic collaboration completed asap? Your student group is planning an expedition? TikTick will solve organizational issues. For free!

Be a disciplined and organized hard-worker with TickTick

10. Podcast Addict — Podcast a Spell on You 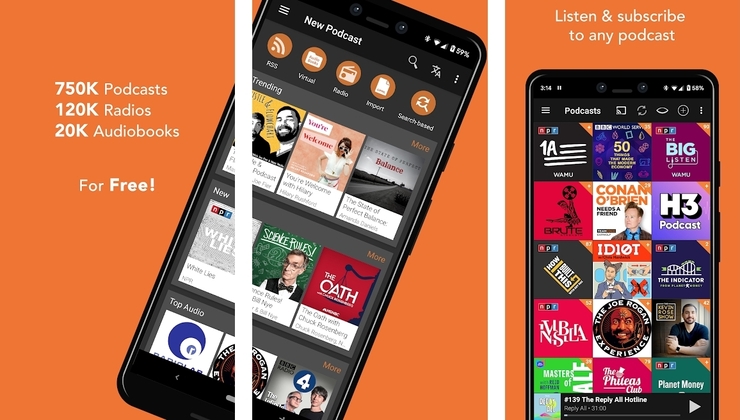 Podcast Addict is a great alternative to the likes of TuneIn. With this app, you get free access to millions of podcasts on all topics imaginable: science, business, history, old-school music, paranormal, fashion, and so on.

But it’s not about just podcasts. PA also neatly keeps in one place audio books, news, RSS feeds, and streams from Twitch, SoundCloud and YouTube. You can customize the playback speed, create playlists, skip silence, tweak volume and download audios as mp3 files.

Podcast Addict’s interface is sleek and laconic. You won’t have to spend countless minutes on exploring it. And as a little bonus, it can be used as a standalone music player.

Our list mentions Android apps that either won the Google Play Award in 2019 or saw a rise in popularity this year. We were limited to just ten positions. So, what’s the 11th app that you would add to your hit parade? Which applications made your life better in 2019? Lets us know in the comments!