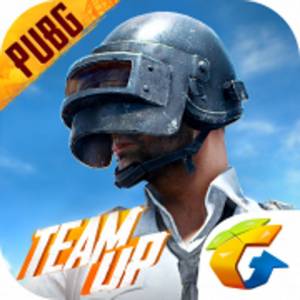 PUBG MOBILE
All trademarks belong to their respective owners. We highly value our visitors’ safety. Warning: Users can download the game from the links of Official Website and legal sources offered in the following articles.

PUBG MOBILE is an exciting battle royale shooter. The action of the game takes place on the island on which there are 100 players. They have to find weapons and kill each other because only one person can stay alive.

Even at the highest graphics' settings, the game significantly reduces lighting, textures, foliage, shadows, occlusion and anti-aliasing in comparison with the Windows version. Also, objects can't be seen from a great distance. However, in the game process, everything looks good.

The sound in the game can be called rather unpleasant: audio is compressed even when playing with headphones. Also, it will take a little time for the noise of the steps to become annoying. We understand that you must listen to the steps of your opponents in order to know about the enemy, but there is no reason to listen to your own so loudly.

You direct the character with the joystick on the left side of the screen. On the right there are controls for shooting, jumping, reloading, and so on.

In the upper right corner of the screen there is a map. You can open and enlarge it. Additional controls allow you to change the angle of the camera from left to right and turn on or turn off the sound and microphone.

What is not so easy to get used to is the exact location of the keys on the screen. In the battle, you may find that you press into an empty area instead of the shooting button. Your opponents have the same controls, so you will be in equal conditions.

The goal in PUBG is to become the last survivor. You'll have to find weapons and ammunition to compete with others. It won't be possible to sit still because there exists a special zone that always narrows. If you are out of it, you'll lose health points.

At the bottom of the screen you can choose a weapon. It's possible to carry only two types of weapons at the same time, and the ammunition is determined by the size and content of your backpack.

It's permissible to play solo and in a team. You can manually create your own squad, inviting friends, or the game will automatically merge you with random players.

There are about five cars that allow the player to drive in the game. The physical model is not very perfect, but they do their job, quickly moving around the map. It's also possible to crush someone on the road.

A big problem in the mobile version is the presence of bots. The first games will be filled mostly with them. Unfortunately, bots make the process too simple, so, you will probably have no desire to deal with this game further.

Anyway, if you don't give up, you'll be able to find a lot of interesting things in PUBG MOBILE. It's possible to look for powerful guns, drive a car, customize the personage and many other things. If you draw into this game from the beginning, you will probably play it for a long time.

Eventually, PUBG MOBILE is a version of incredibly popular game. Here you can compete with other players and prove that you are the best. Also, this game is free of charge unlike the version for PC.

Get a business help

Your business and earnings will fly to the top! Are you ready for this? :)