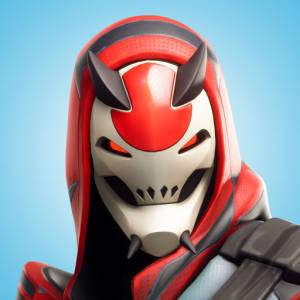 Fortnite
Techsqrd.com is not an official representative or the developer of this application. Copyrighted materials belong to their respective owners. We highly value our visitors’ safety. Warning: Users can download the game from the links of Official Website and legal sources offered in the following articles.

Fortnite is a representative of the royal battle genre in which 100 people fight until one person (or a squad) remains alive. The gameplay consists in collecting loot and shootouts. However, an important feature of this particular game is construction. Players can chop down trees, destroy buildings, pick up appropriate resources – wood, stone or metal, and then use them to build traps, ladders and defensive installations.

Graphics in mobile Fortnite looks great. There can be seen branded cartoonish style with bright colors and pleasant textures. Anyway, such good graphics can cause freezes and lags on devices with low parameters.

As for sound, there presents the same soundtrack as in the computer version. Also, the developers have not forgotten about those users who play without sound or good headphones. You can «hear» opponents with the help of indicators that appear on the screen.

As in the usual royal battle game, 100 players are thrown onto a deserted island where weapons and medical kits lying around, and a pickaxe falls into the hands of each player at the very beginning.

Weapons in Fortnite don't need to be upgraded. Anyway, they differ in quality and characteristics, and they are denoted by various colors.

A pickaxe is a special item that allows you to attack enemies or destroy some metal, wooden and brick structures, extract resources from them and subsequently build traps and shelters. For example, it is possible to make a staircase or a platform with spikes to prevent visits of uninvited guests.

There present in-game purchases, but they don't affect the gameplay. It's possible to buy clothes for your personage, that don't have additional characteristics.

We can say that you will be able to play Fortnite for a long time. If your friends also like this game, it will be possible to enjoy fighting in small groups.

Even if there are no acquaintances in Fortnite, it can catch attention of the player with a big variety of weapons, materials and possibilities. You will probably have a big desire to find new things and to construct something interesting.

All in all, Fortnite is a good battle royal game where it's also necessary to build something. You are given all tools to win: weapons, construction system and various mechanics. Smooth controls and colorful graphics make gameplay even better. The only probable problem consists in lags and freezes.

Get a business help

Your business and earnings will fly to the top! Are you ready for this? :)