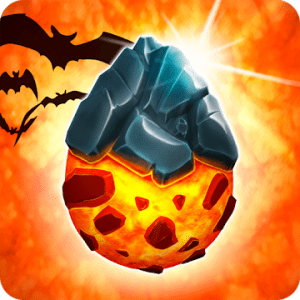 Monster Legends
All trademarks belong to their respective owners.

You can download Monster Legends for free for your iOS or Android device and become the ultimate fighting champion.

Let me begin this Monster Legends review by mentioning its graphics and sound. I found this game enjoyable to play not only thanks to its gameplay but also its colorful visuals. The graphics of this game are crisp, saturated, and create a wonderful atmosphere.

The Monster Legends app has subtle and melodic soundscapes. They are not distracting and serve as a great background for the game. The individual sound effects in the game are appropriate and fit the genre and style of Monster Legends.

The game is easy-to-play when it comes to controls. When playing this game, I haven’t noticed any problems with controls, as the game is well-developed and intuitive. It takes only several minutes to get into it and start playing.

The game centers around monsters – you can collect them, breed, give them food to grow, and train to become great fighters. In the game, you get an opportunity to create a world for your monsters, come up with different habitats, and work on growing interesting species. You can unlock various buildings and elements of the environment to create your personal Monster Paradise.

At the moment, you can collect more than 600 monsters, and new ones constantly appear in the game. You have a chance to create new species with unique abilities and thus get better chances of winning in battles.

The game has a range of features that allow you to boost the power of monsters using Runes and other tools. When you are ready for battles, there are several multiplayer modes to choose from, and they include PvP, Live Duels, and fighting as a part of a team.

The Monster Legends game definitely has a lasting appeal and replay value. Different types of battles bring variety, so the game doesn’t get boring even if you play it for a long time. Also, you can collect and breed different monsters.

Monster Legends is an exciting game for those who enjoy RPG and battle games. You can work on growing your heroes and improving their abilities and then participate in various real-time battles. You can download Monster Legends for your iOS or Android device and see how far you can progress in this game.