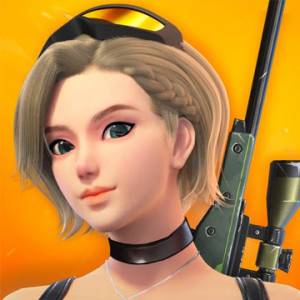 Creative Destruction
All trademarks belong to their respective owners.

Also, here it's possible to create various traps and defensive constructions. You can play Creative Destruction from the first and the third person.

The game has excellent graphics, comparable to the graphics of many popular projects. Picture in Creative Destruction looks bright and reminds of Fortnite. In addition, before the game begins, you can choose one of 8 (four male and four female) characters that can be personalized to your taste.

The soundtrack here is pleasant: It doesn't distract your attention and lets you focus on the game process. All the noises (steps, shooting, etc.) can be clearly heard, so it is easy to notice other players. For those, who play without sound, there exist special indicators, showing that someone is near.

Controls in Creative Destruction are smooth and easy to deal with. There are used standard buttons for moving and running, and mouse for shooting. If you're a left-handed person or you don't like basic combinations, it's possible to customize control buttons in the settings.

Everything is standard from the beginning: brolly hop and landing. The battle map is quite large and has got a diverse landscape. The main thing is to be attentive and to react to the noise icons from footsteps or shots close by.

In Creative Destruction, you will have a huge arsenal of weapons, including various types of pistols, machine guns, sniper and automatic rifles. They are presented by various colors, indicating the degree of rarity in the game. You can also use energy shields, first aid kits, grenades, and other things.

There it's possible either to destruct or to build new structures. So, a wall may be erected during a shoot-out. If constructing doesn't attract you at all, you can completely forget about the forts and just fight, according to the rules of the classic royal battle because it's also not boring. The virtual world is gradually narrowing, so you won't be able to sit still.

The game is rather entertaining, but some things may disappoint and even make you leave it. First of all, there is very low online, so sometimes you will play not only with real people but also with bots.

Anyway, it will be interesting to play Creative Destruction with friends. As in many games of this genre, you can find here a big number of weapons with various characteristic and use them. Such diversity may quicken interest in you for a long time.

So, Creative Destruction is an exciting royal battle. It's possible to destroy, shoot, build and defend. You can explore a huge map and change the battlefield. In general, there will be much to do.